Beyond Eight-Ball: 5 Billiards Games To Master

Work. Learn. Repeat. We’re all doing more from home these days. And while it can be tough to step away from the business of the day, it’s important to create ways to separate work from play.

A home rec space is a great way to increase your play time. And a billiards table can bring even more fun and games to any home rec room.

Pool tables are an easy and tasteful way to add some fun to your home. Whether you opt for a beautiful classic look, or a more modern-looking billiards table, there are options to fit your style  and budget. And while most people think pools are limited to Eight-Ball and Nine-Ball, there are plenty of different pool games to be played. So if you’re ready to take your billiards games up a notch, start by checking out these new games. 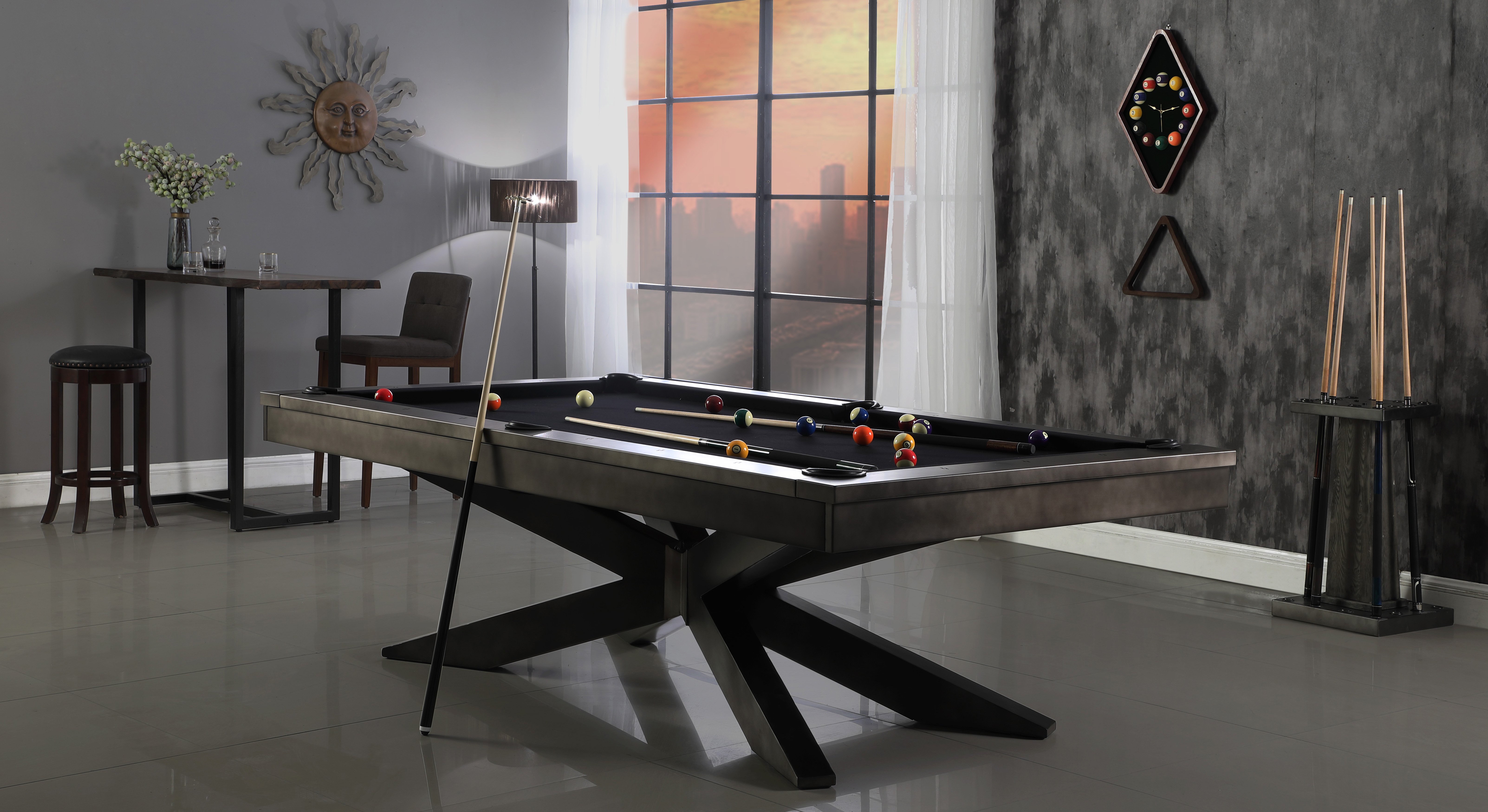 One Pocket is a fun game that switches things up by using only the two foot corner pockets at the end of the table for scoring. Each player scores points by making shots into their designated corner pocket.

This game uses all of the pool balls, including the cue ball. Balls are racked in a standard triangle formation, just as you would rack them for a game of Eight-Ball. The goal is to land eight balls of your choosing in your target pocket before your opponent does, for a total of eight points.

Straight Pool is an easy game that can be played quickly. It's perfect when you and your spouse or child just want to step away from your work-from-home space for a quick break. Played on a standard billiards table, balls are racked the same as they would be for a game of Eight-Ball.

Toss a coin to see who goes first. Then, each player takes turns pocketing balls, in any order, until they miss or commit a foul. Each ball is assigned a value of 1 point, and the players agree upon what point value constitutes a winner, making it easy to tailor the game to the amount of time you have to play. Players must call the ball they are aiming for ahead of shooting.

Fouls are the same as in a standard pool and can be called for:

Fouls cost the player one point and loss of turn. There is a 15-point penalty for three and the balls are automatically re-racked. The game ends when one player achieves the winning point value.

Bowlliards is a fun and unique way to play billiards either solo, or with others. Inspired by the game of 10-Pin Bowling, the rules are much the same. The game begins with a free break and players do not have to sink a ball to continue their turn. Just as in a bowling frame, each player has two chances to pocket all 10 balls for a total of 10 points. There are 10 frames, and all shots must be called.

Players shoot until they miss or fail to sink a designated shot. Just as in bowling, if all 10 balls are pocketed on a player’s first try, it counts as a “strike.” If it takes two tries, it counts as a “spare.” If there are balls remaining on the table at the end of a frame, the player receives the total point value of balls pocketed.

Pool Table Games For A Challenge

If you’re ready to get more competitive, Cutthroat Pool is a challenging game the whole family can enjoy. This game is best played on a table designed for accurate play, and can be enjoyed with 3-5 players. Each player is assigned a group of balls ranging from three to five balls per person, depending on how many people are playing. For example, with three players, balls would be assigned from 1-5, 6-10, and 11-15.

Players take turns trying to eliminate opponents’ balls by hitting the cue ball into them, and pocketing them. The last player with balls remaining wins.

Bank Pool is a more complex game than the others included on this list. Banking — or shooting a ball toward the rail of the billiards table with the goal being to bounce the ball into a pocket — is a skill that takes considerable practice.

In this game, every shot must be called and banked. For a shot to count, the player must hit a rail first and sink the ball into the correct pocket.

Balls are racked in the traditional Nine-Ball method, and the goal is for four balls to hit rails during the break. If they don’t, this results in an illegal break, and the opponent chooses whether to re-rack or play. The first to bank five balls in any numbered order wins.

Whether you already love to play billiards, or you’re just starting out, this mix of games is sure to provide hours of fun for you and your family. So, what are you waiting for? Rack ‘em up!